Well I've searched high and low looking for an old fashion barber shop, you know the kind where men would gather and talk while a man gave old fashion hair cuts. In Croatia this is still quite normal but here in the US of A it's been pretty hard to find. Many a time I thought I found what I was looking for only to find women on the inside cutting hair. Now don't get me wrong, I've got nothing against women and as a matter of fact I'm married to one and I kinda like her.
I guess I just like the old fashion ways, where men were men and they didn't go to get their hair styled but cut, and if it was messed up a little they didn't care that much about it because they weren't trying to be purty!
Well ladies and gentlemen, after searching for what seemed like forever I finally found what I was looking for in Mayberry, North Carolina, (ok it's not really called Mayberry it's Mount Airy, North Carolina) but it is the home town of Andy Griffith. Though it's not called Mayberry, it was the town that Mayberry was modeled after. And wouldn't you know it on Main Street there's a place called Floyd's Barber Shop! When I saw that sign I just knew I needed to get myself in there and get me there one of those haircuts. Boy was I surprised when I entered in because the real Floyd, whom the TV character was made after, was in there cutting hair. He was 85 years old and was Andy Griffith's childhood friend. I knew that I was going to get me a hair cut by a famous man. I went in and sat down in the chair and got me an old fashion haircut by an old fashion barber.
If you are ever looking for one of those old fashion barber shops let me recommend Floyd's to you. I would suggest you hurry up, after all he is 85! 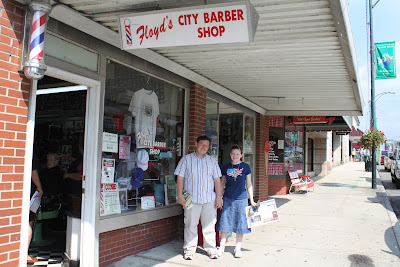 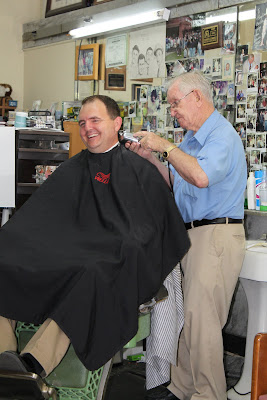 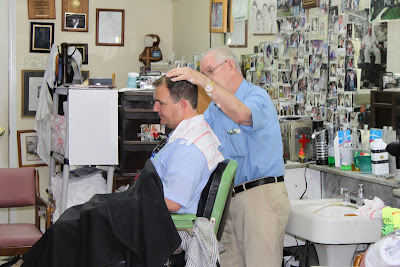 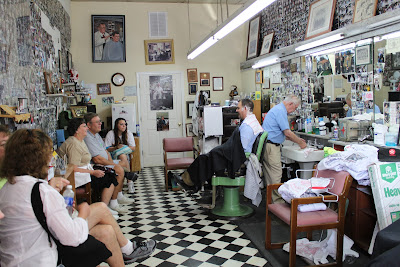 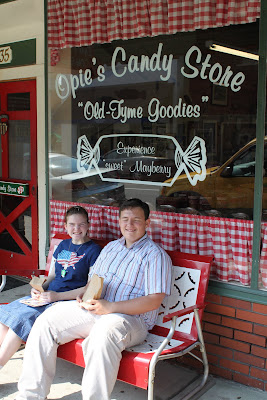 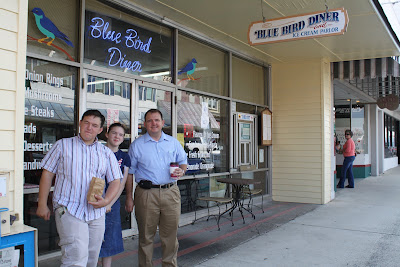 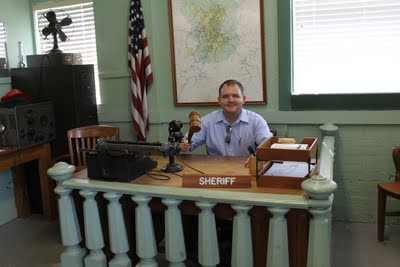 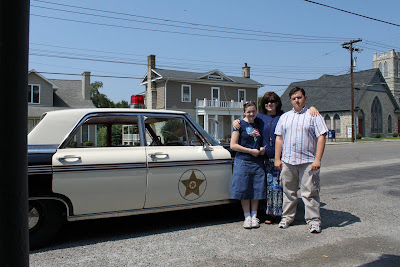 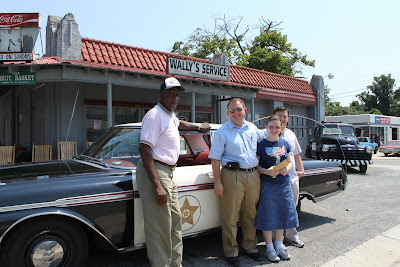 Our family has been in NC now for a week or so. We are getting ready to head towards OH. We were blessed to stay with Bro. Shane Brantley and family. We met the Brantley's about 6 years ago in Croatia. Their family visited us in Croatia, because Brother Shane was seeking the Lord's will for his life. He wanted to be open to anything the Lord wanted him to do. God didn't lead his family to Croatia, but he did give us new friends in the Brantley's. We thank God for their friendship, and opening their home to our family!


- Posted using BlogPress from my iPhone